My Death - My Life

I was convinced there was no way to live a completely happy life. If I couldn’t live happy, I didn’t want to live at all.

It began with a divorce, a broken home. I believe that through that, my mentality began to form and develop a sense of rejection. I was a small child, and I didn’t understand adult things. I felt the break-up was all about me.

That sense of rejection just really grew. I began to perceive myself as a burden to other people. So I would take little bitty comments that were relatively insignificant, [and] I would make it into a really big deal. Those little seeds in my life, I began meditating on over and over. As I grew, the rejection began to grow. “What is wrong with me?”

I believed the only answer for me was to end my life. I walked to my mother’s room thinking I don’t want anyone to see me, because I’m so determined to end my life, to end the void, the suffering, the loneliness. Nothing was going to stop me.

I began screaming out to God, “God, forgive me.” The gun went off. My lungs began to fill up with blood. I began to go deaf. My eyes were open, and I became blinded. I knew that death was gripping my soul. Then all of a sudden I felt my soul leave my body. I instantly began falling and falling.

At that moment I knew I was no longer in control of my destiny. I ended up in a place that was complete torment. My body was burning. I no longer was lonely. I was no longer depressed. I became depression. I became loneliness. I became a tormented being of fear. I saw all of these other people and everybody was screaming out in pain. The mutual thing that everyone shared there was their desire to scream out to everybody on earth, “Do not come here. Acknowledge that life is about Jesus Christ.”

Eternity is real. Hell is real. Heaven is real. How you live your life will determine where you go. Everybody cried out that their loved ones would hear the truth.

I saw the hand of God literally come down. I knew that He was coming for me. His hand picked me up, and instantaneously I was no longer a being of tormented sin. I now was being cleansed. God took me over the Heavens.

It was beyond peaceful and gorgeous and magnificent. However, I was not allowed to stay, and I was certainly not allowed to see anything specific. But I was able to feel His presence in His entirety, perfect serenity, joy for the first time, complete, whole joy. This hand just began to bring me back into the universe. I saw myself coming back to my home. I went through the ceiling and the hand placed me gently back into my physical body. He went up and I opened my eyes.

I knew at that moment God loved me. I called out on His name, and I asked for Him to forgive me. He did. I was given a spiritual strength that I had never known. I was given joy that I never had. I was given peace that I knew would take me through what I was about to face.

The bullet had missed my heart by less than a fourth of an inch. They explained that the pressure of a .38 caliber gun should have exploded my heart, and they didn’t understand that there was nothing wrong with me. It broke a few of my ribs, and that was all.

Now I am full of joy. Now I am full of peace. I am who God says I am. I am loved. I am adopted into the kingdom of Christ. God sees me. I am His child, and all that He has is mine. I just have to be able to receive it. I have to be able to recognize and replace my junk with His greatness. As long as I stand on the promises of God and I allow His presence in my life, I can conquer anything. I can go through my problems with peaceful sleep, joy and strength beyond all comprehension. I can come out on the other side full of hope and a victory in Christ.

Ministry with Rodney - Our Story 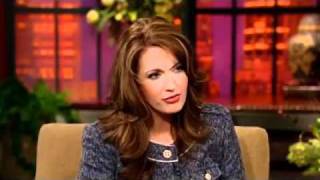 My Death - My Life